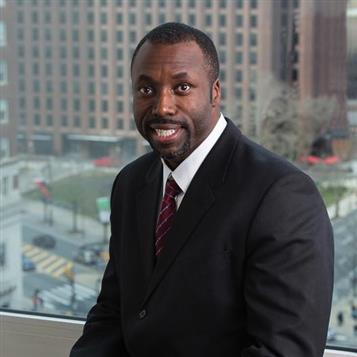 Big Brothers Big Sisters Southeastern Pennsylvania is one of the largest affiliates in the Big Brothers Big Sisters network, recognized in 2011 as the "Number One Non-Profit for At-Risk Youth" by Guidestar's Philotropia. BBBS SEPA provides a mentoring model that leads to positive and measurable outcomes for children facing adversity in the Greater Philadelphia vicinity including Montgomery, Chester and Delaware counties.

BBBS celebrates its 100th anniversary in 2015. Today's world would have been unimaginable to the early "Bigs" (the mentoring adults) and the "Littles" (the children they mentor) of that World War One decade when the agency was founded. The mission would, however, be precisely the same: to provide children facing adversity with strong and enduring, professionally supported, one-to-one relationships that change lives (for both the Bigs and the Littles) for the better, forever, founded in the belief that inherent in every child is the ability to succeed and thrive in life.

In facing the challenge of a leadership transition at BBBS SEPA in 2012, its Board of Directors approached the task with optimism, but also with concern. Most of the Directors themselves were or had been Bigs and understood both with their heads and their hearts that the program, the staff, the community and above all, the children, needed the best possible chief executive to guide the organization into the future. While proud of the agency's outstanding service for more than 7,000 children and adults in Southeastern Pennsylvania, these Directors were driven by the unmet demand for mentoring relationships that numbered in the thousands. They wanted a leader who could attract the money and the mentors to serve even more youth.

The power of the mission, the dedication of the Board, and the competence and concern of the BBBS SEPA staff easily motivated IM Vice President Tim McFeeley and Managing Associate Jackie Mildner to search for the best possible leadership match, seeking candidates whose past achievements and future aspirations aligned perfectly with those of this incomparable organization. "We needed to find an organizational executive who could inspire a 65-member staff, manage an annual budget of $5 million, and build enduring relationships with the community; but mostly we wanted to find a leader who could lead by example - someone whose life exemplifies the mission and promise of Big Brothers Big Sisters," Jackie noted. "From the moment I spoke with Marcus Allen, I knew we had that kind of leader."

Marcus Allen grew up in rural Georgia, the son of a single mom, with few resources except those that really matter - the tenacity to leverage his natural talents to achieve the most he could for himself and his family and a magnetic personality that draws people to want to play on Allen's team. Marcus was an exceptional basketball player at Paine College (where his jersey was retired), an HBCU in Augusta, Georgia, and attended the rookie camp for the NBA's Denver Nuggets. He played professional basketball for six years in Europe, South America and Israel, founded and directed a basketball camp in his hometown of Thomson, GA, and served in the National Guard. Marcus moved to Philadelphia and finished his education while providing leadership for VisionQuest, which provides services for disadvantaged kids and ACHIEVEability, a nonprofit community development and housing organization in Philadelphia.

"Marcus has the capacity to function as a top CEO for any mission-driven organization," noted Tim McFeeley. "But with Big Brothers Big Sisters, Marcus simply embodied the narrative and nothing can top that."

Starting in the spring of 2013, Marcus has brought energy and intelligence to the agency, and under his direction BBBS SEPA has exceeded fundraising expectations, increasing the revenue 14% above budget and growing the number of mentor matches for the first time in five years. Last April, Jackie and Tim attended a fundraising breakfast for BBBS SEPA in the former Wanamaker Building in Central Philadelphia. The room was packed with Bigs, Littles, community leaders, and donors. Witnessing the pride of the boys and girls who had achieved academic and social success through this mentoring program — not to mention the pride of their Bigs — was an inspiring experience. "In connecting Marcus with BBBS SEPA, Tim and I really understood the IM mission to recruit exceptional leaders for mission-driven organizations," Jackie concluded.