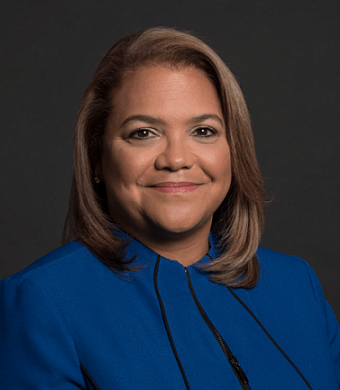 Anderson has an accomplished career of service to NEA’s members and students that spans more than 15 years. Starting in 2001, as a staff lobbyist, she first used her policy expertise to advocate for NEA members in Congress and then, in 2008, led NEA’s independent political programs and national issue advocacy efforts. In 2009, her sharp strategic vision earned her a leadership role as NEA’s government relations director, where she secured increased funding for students, healthcare, and education jobs. Two years later, she created and led NEA’s Center for Advocacy and Outreach. There, she accelerated NEA’s student-centered advocacy, maintained NEA’s strong advocacy for its members’ economic security and professional voice, and helped strengthen NEA’s professional support to reflect members’ commitment to students as well as to social and racial justice.

Anderson has served for the last three years as the executive vice president of the Democracy Alliance, bringing her deep expertise in collaborative problem solving to bear on the national stage. As a young lawyer, she fought for African-American farmers to remedy decades of institutional racism and paved the way for the largest civil rights settlement in American history at the time. Anderson earned her JD from the George Washington University Law School and her BA from The College of William and Mary.