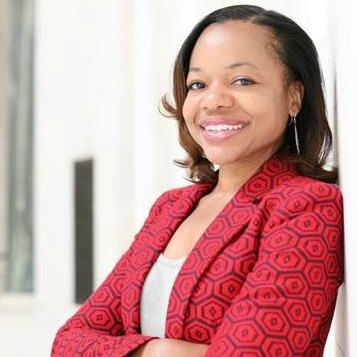 A Civil Rights Leader for Today

Creating a "more perfect union" and establishing justice were and remain fundamental to the vision of America. The quest to achieve that vision of a just society has challenged every generation, and our nation is today struggling with systemic racial and ethnic bias that denies many Americans their inalienable rights of "life, liberty and the pursuit of happiness." We were honored when engaged by the Lawyers' Committee for Civil Rights Under Law to assist in their search for a leader, who would have the experience, judgment and passion to leverage the assets of the Lawyers' Committee in this struggle to secure the voting rights of minorities, end housing, employment, and education discrimination, and reform the criminal justice system.

The Lawyers' Committee for Civil Rights Under Law was created at the request of President John F. Kennedy in the summer of 1963 following a meeting of 244 lawyers in the East Room of the White House. President Kennedy, Vice President Lyndon B. Johnson, and Attorney General Robert F. Kennedy spoke at the conference and urged the lawyers to use their training and influence to move the struggle for the protection of civil rights from the streets to the courts. Throughout its rich and dynamic 52-year history, the Lawyers' Committee has engaged lawyers in support of the on-going movement to secure full civil and human rights for all people, focusing on the interests of African-Americans and other racial and ethnic minorities. The unique feature of the Lawyers' Committee that sets it apart from other important and successful civil rights entities is that the Lawyers' Committee is comprised of lawyers from the private bar, many from our Nation's most elite private law firms, who contribute thousands of pro bono service hours annually to work done in partnership with career civil rights staff lawyers to advance the cause of civil rights.

For over a quarter century Barbara Arnwine ably led the Lawyers' Committee as its President and Executive Director. Her decision to step down in June 2015 triggered a national search for her successor that culminated with the October 22, 2015 announcement of the hire of Kristen Clarke, who began her duties as the new president of the Lawyers' Committee on January 1, 2016. Kristen's appointment was heralded by prominent civil rights leaders, including NAACP President Cornell Brooks, National Urban League CEO Marc Morial, Wade Henderson, President of The Leadership Conference on Civil and Human Rights, and Sherrilyn Ifill, President of the NAACP Legal & Education Defense Fund.

As Chief of the Civil Rights Bureau in the New York State Attorney General's Office, Ms. Clarke spearheaded civil rights enforcement on a range of matters including criminal justice issues, education and housing discrimination, fair lending, barriers to reentry, voting rights, immigrants' rights and LGBT issues. The Bureau secured landmark agreements with banks to address unlawful redlining, employers to address barriers to reentry, major retailers on racial profiling of consumers, police departments on reforms to policies and practices, and one of the country's largest school districts concerning issues relating to the school-to-prison pipeline.

Previously Ms. Clarke worked at the NAACP Legal Defense and Educational Fund, Inc. where she served as a Program Director helping to coordinate the organization's work in the areas of voting rights and election law across the country, particularly in the Deep South. She worked on cases defending the constitutionality of the Voting Rights Act, presented oral argument to the D.C. District Court in Shelby County, Alabama v. Holder and testified before federal and state legislative bodies. Prior to joining LDF, she worked in the Civil Rights Division of the U.S. Department of Justice where she served as a federal prosecutor in the Criminal Section of the Division, handling police misconduct, police brutality, hate crimes, and human trafficking cases. She also worked on voting rights and redistricting cases through the Office's Voting Section.

Kristen speaks and writes regularly on issues concerning race, law and justice. She has written numerous articles and books including Barack Obama and African American Empowerment: The Rise of Black America's New Leadership (co-edited with Dr. Manning Marable). She also currently serves as a Lecturer in Law at Columbia University School of Law. She received her A.B. from Harvard University and her J.D. from Columbia University School of Law.

Tim McFeeley and Karla Saunders led this search on behalf of the firm. "What made this search so compelling," Karla noted, "was its relevance to the civil rights issues of today; we were looking for a leader who could both manage a complex organization as well as inspire a revitalized civil rights movement."

"Kristen Clarke will be an outstanding leader for the Lawyers' Committee," Tim stated. "In addition, in the course of this marquee search, we met scores of exceptionally gifted and committed leaders, who are also contributing to the quest for a just society, providing hope that the perfection of our union and the establishment of justice are advancing."