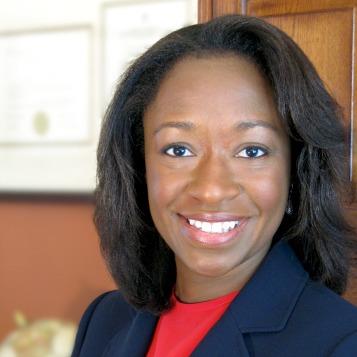 Throughout her career as a storyteller and communicator, Cass Cliatt has maintained a singular vision: telling stories that are worth telling-stories that will make an impact. And it was just this kind of vision that made Ms. Cliatt a compelling candidate in Isaacson, Miller's 2014 search for a Vice President for Communications at Brown University. Partnering with Brown President, Dr. Christina Paxson, Jack Gorman and his team identified a strong pool of talent for this position at Brown, and in December of 2014, Dr. Paxson hired Ms. Cliatt, former Vice President for Communications at Franklin & Marshall College, to begin her tenure on April 1, 2015.

Ms. Cliatt recently spoke with IM about her work at Brown, and the opportunities for, and challenges of, telling impactful stories in this era of the "60-second news cycle."

Tell us a little bit about your background and how it prepared you for your role at Brown.

I began my career as a journalist, and not because I wanted to be that reporter to uncover the next Watergate, but really for the storytelling. I've been fortunate that my career has given me opportunities to tell the stories I feel are worth telling. I've moved into a sphere now where I get to tell the story of higher education, and I admit I can be somewhat evangelical about the transformative power of higher education. I believe deeply in the power of education to transform lives and to ensure opportunity for people from the full range of backgrounds.

Of course, one thing that has changed significantly about storytelling over the years is the way we tell the story. When I first started my career, print was king. Then we moved to Web. Now we're working on a variety of platforms: video, social media, digital applications.

Another thing that's changed specifically in the field of university communications is the nature of higher education's story. When I was working in media relations at Princeton, for example, we were often telling the opportunity story, as in the opportunities higher education provides, and also the story about the relevance of academic research. But now, even when we talk about research, it isn't about this or that discovery. Now it's about research in the context of advancing the field and problem-solving. We're telling the story of the way higher education is translating research into application and also advancing research to educate future thought leaders to allow them to address the vexing issues of our world today.

Finally, the necessary impact of our storytelling has changed as well. Higher education has gone through a period of increasingly intense scrutiny for the value we offer to society, often because of the costs associated with the type of high-touch, residential educational experience many of the most selective institutions provide. The impact we have to make through storytelling is showing our value. We're no longer operating from that place of universal understanding that investing in higher education is "worth it." Instead, we're now in a position of proving our value to our many publics. My early training as a journalist prepared me to be adaptable to these changes and to continue to find innovative ways to connect content and messaging with our audiences.

What was it about the opportunity at Brown that drew you to it?

As I mentioned, I can be somewhat of an evangelist about education and opportunity, and I saw in the role at Brown the potential to be of service in a way that could really make a difference for the university, its students, and its stakeholders.

When I was working as a journalist in Battle Creek, Michigan, people would sometimes say, "You went to Princeton to be a newspaper reporter?" And my response was always the same: I went to Princeton to have the education and the opportunity to do whatever I wanted. It's about opening doors. That's the power of education. Going to Princeton has allowed me to do what I'm passionate about. Throughout my career, I have chosen jobs not for prestige, but for the impact I hoped I could make. So the potential for positive impact is why I made the choice to come to Brown.

When I left my position at Princeton to go to Franklin & Marshall College, I got a lot of questions about why I would leave my job at an Ivy League institution. But I believed in the vision of what Franklin & Marshall was and is doing, which is taking an innovative approach to partnering with K-12 education reform to provide opportunity to students from every type of background. Bright and talented first-generation students, rural students, inner-city students are seeing that college is possible for them, that education can open doors.

I had to be convinced to leave Franklin & Marshall. But when I read the "Building on Distinction" strategic plan, created by Christina Paxson, the president of Brown, I thought, "Huh. This is different." The plan talked about thinking about higher education in the context of addressing problems of the 21st century, and doing it in really original ways.

I had never seen a strategic plan like it-that is, one that was structured around areas of challenge or conflict. Things like environmental security issues, or understanding the human brain. It really looked at issues that our country-and our world-needs to understand better in order to benefit its citizens, and then it formulated a vision around how Brown could help with those issues. It was a totally new way of thinking about a strategic plan. This was not higher education for higher education's sake, or research for research's sake. This was about goal-oriented higher education. Practical applications. Brown's strategic plan was all about taking higher education to the next level by asking, "How can we apply everything we do-from research to academic excellence-to the challenges of our time?" I thought, "I want to be a part of that."

What challenges did you encounter in this new role?

The Vice President for Communications position didn't exist prior to my arrival, so I came into this job knowing that I'd have to do a lot of building. And I'm still in the midst of building and restructuring, as well as establishing at Brown the importance of communications for the work that we do.

For decades-if not centuries-and especially for a lot of older and highly-selective institutions, we could rest on our reputations for excellence without being as strategic about communicating our value.  But the world has changed in terms of media in that now, the accessibility of information through the Web, social media, and various digital platforms creates an imperative to be deliberate about how we represent ourselves in the public space.

So what we're seeing at many institutions that are elevating the role of communications, including Brown, is a recognition of the primacy of communications for engagement with our many audiences. Brown has a fabulously independent culture, and has not historically been structured for centralized strategy around communications-both in terms of the content of our messaging and the mechanisms and tools we use to deliver those messages to our specific audiences. This institution is eager to engage in this work and sought a different type of leadership to do the work successfully. Part of my charge is to bring together disparate communications functions from across the university so that there is one overarching strategy.

What is your vision for the Office of University Communications?

One of the first things I did was an audit of the communications infrastructure, and what I discovered was that Brown had more than 100 people outside of my office that had communications as a significant part of their role. So I created a community called the Brown Communicators group, and when I surveyed the group, they said they appreciated the independent spirit but that they wanted guidance from the center. One of their biggest questions was: How do we align how we talk about Brown? They wanted to know how frame what they were saying, and up until that point, there hadn't been anyone in my role to provide that guidance.

So in essence, I'm looking at this communications group as a collection of voices that speak to the strengths of Brown. And my job is to make sure we're doing that as a harmonious chorus. I'm working toward creating a culture at Brown where people know they can get the guidance that helps elevate Brown in the hearts and minds of all of our audiences, and where Brown's identity is clear.

What were the expectations for you?

I arrived with the charge to create an organization to serve Brown's extensive and varied communications needs. Brown was operating with a service-based model for communications, but focused on fulfilling the requests of individual departments rather than helping guide them. The feeling was that the previous structure didn't meet Brown's needs or our aspirations for the future. This is really about Brown evolving to recognize that the world of communications has changed from what we had ten years ago when the previous approach to communications was established. Media relations no longer has meaning, and emerging media have changed so much of how we need to operate, as have the expectations of our audiences. My job is to create an organization that recognizes and reflects that, and is actively responsive to and addressing that.

How have communications changed in this era of instant information and with the glut of media vying for our attention?

The immediacy of communication is the biggest change. There's a demand from many of our audiences that we be immediately responsive. That is the new challenge for higher education communications. There's a huge temptation to put something out on social media before all the facts are in-before you know the implications and the full context. And the immediate response is almost always the wrong one, because you're generally responding to one person's perspective put forth on social media in a moment.

At Brown, we're working hard to shape the culture of what the expectations should be for communications from an institution of higher education-for students, faculty, alumni, and all of our audiences. How does an institution address issues in real time in a way that's also attentive to all the complexities of those issues? How do we communicate in a way that makes an impact-the right impact? These are some of the questions that make my job invigorating-and also satisfying when we really get the story right.

This interview has been condensed and edited for length and clarity.