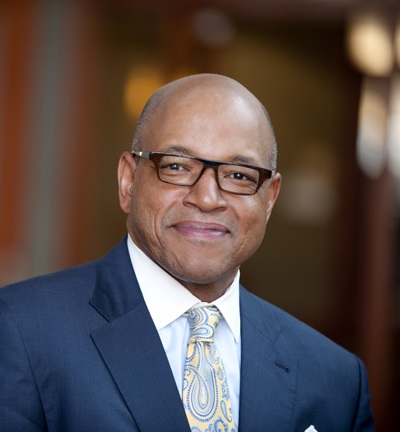 HBCUs: Building on an Extraordinary Legacy

According to Dale Jones, member of the Morehouse Board of Trustees and chairman of the search committee, “Many candidates were vetted, including outstanding women.” What drew the committee to Dr. Thomas was his commitment to excellence and invaluable experience. “He’s an exceptional leader,” said Jones, “and the right individual to lead Morehouse into the future.”

The Morehouse search marked the 13th time that an HBCU has partnered with IM to fill a leadership position. These collaborations began in 2002, when now-retired IM Vice President Michelle Cruz-Williams led a search that resulted in Beverly Hogan being hired as the first female president of Tougaloo College in Mississippi. Since then, IM has completed presidential searches for HBCUs including Spelman College, Howard University, Fisk University, Dillard University, Xavier University of Louisiana, and Johnson C. Smith University, among others. The firm is now involved in the search for the eighth president of Tuskegee University in Alabama.

What makes HBCUs stand out from other institutions of higher learning is the unparalleled role they have played in the lives of black Americans for generations. From antebellum days through the brutal segregationist Jim Crow era, HBCUs provided a beacon of hope. In fact, the bulk of the HBCUs were established in the 1890s as a pathway to education for those disenfranchised from the whites-only, land-grant state institutions created in the 1860s. Anderson observes, “HBCUs were the engine of upward mobility, almost single handedly helping to create the black middle class.”

These days, top black students are being aggressively recruited by predominantly white institutions that are able to offer attractive financial packages that most HBCUs can’t. Morehouse’s new president himself attended Yale instead of Morehouse—his first choice!— because Yale offered him financial aid, and Morehouse couldn’t.

However, there’s no question that HBCUs are still playing a critical role in the lives of both students and alumni. A recent Gallup study showed that “black graduates of HBCUs are more likely than black graduates of other institutions to be thriving -- strong, consistent and progressing -- in a number of areas of their lives, particularly in their financial and purpose well-being”. In their interactions with the IM team, alumni repeatedly enthused about the level of nurturing support and celebration they received from their alma maters that wouldn’t be possible at a predominantly white institution.

“Sure, there are challenges,” Moseley says, “so it’s not just who wants to be president of an HBCU; motivation’s not enough—candidates have to demonstrate that they have the experience and qualifications to give the Board confidence that they can actually do the job. IM, likewise, has worked hard to gain the trust of our clients and their Boards. We’re very proud of our association with these institutions,” says Moseley.

Ponneh Varho, who in 2015 co-led the search for the president of Spelman College, a legendary women-only HBCU, talks about how the firm’s strengths align with the goals of the HBCUs. “At IM, we take the time to understand each school’s particular culture and institutional values—learning what the trustees are trying to achieve; what their long-term aspirations and short-term challenges are; what they’ve observed within their institutions. Then we help them identify a leader who’ll collaborate with them in advancing the institution.”

Anderson, who also worked with Moseley on the search for the president of Fisk University, noted that reaching out and listening to alumni is a key element of these searches. “These places are an emotional home for their alumni, a real source of pride. Tethering to alumni morale and pride is the utmost at an HBCU. We spent weeks during both the Fisk and Morehouse searches, gathering input, opinions, praises, and critiques from alumni around the country, and the world.”

IM believes this level of engagement has helped them identify candidates who are truly committed to excelling in their leadership roles at HBCUs. According to Moseley, “If you look down the list of those we’ve placed, the only people who’ve left are those who’ve retired. These people are not just coming in today and gone tomorrow.”

For many HBCU search committees, this track record has been a compelling reason to partner with IM. “Trustees want the confidence of finding someone who can take over the reins and advance or transform the enterprise,” says Moseley. “As a company, we have a strong affinity for the missions of these institutions,” he continues. “It’s important that all students, regardless of color, go to schools that will allow them to grow and encourage them to thrive.”

The opportunity to play a role in leading an HBCU into the future is on Thomas’ mind as he prepares for his new position. Reflecting on his appointment, Thomas has said, “I am humbled and honored to be appointed as the next President of Morehouse College. What draws me to Morehouse is that I see a connection between what I value and what this college has always represented —the mission to develop men with disciplined minds who will lead lives of leadership and service, and to be stewards of black culture and community. There is no place like Morehouse on the planet.”